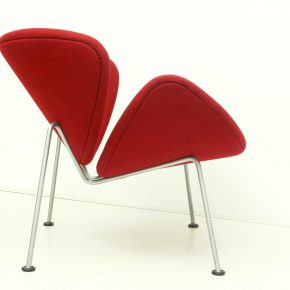 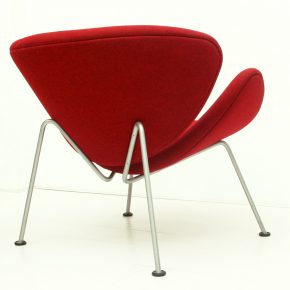 The first editions of the 'Orange Slice' chair featured nickeled metal legs, indicating that this particular piece was produced in the 1960s to 1970s.

The structure, foam, and red fabric remain in a very good condition. Marked.

Paulin is perhaps best known for his collaboration with Artifort, which began in 1958 and lasted approximately half a century. His pieces are in the permanent collections of multiple esteemed institutions, incl. the MoMA in New York & Musée des Arts Décoratifs and Centre George Pompidou in Paris.