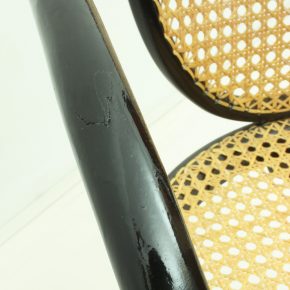 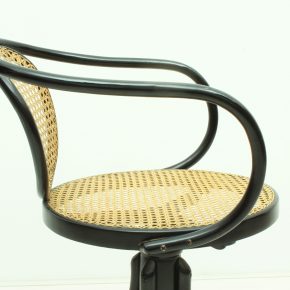 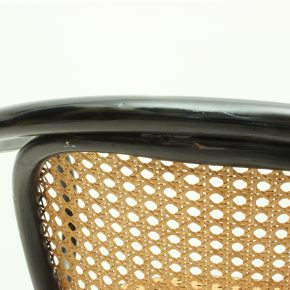 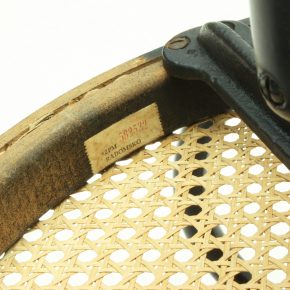 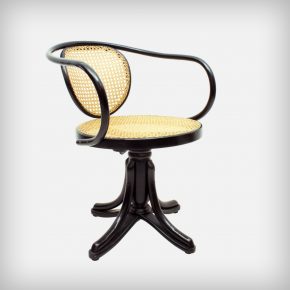 Thonet's essential breakthrough was his success in having light strong wood bent into curved graceful shapes by forming the wood in hot steam.

Michael Thonet’s sons joined the company Gebrüder Thonet in Vienna in 1853. From 1856 till 1881 the brothers opened nine furniture factories in the Eastern Countries: 3 in Hungary, 5 in Czechoslovakia & 1 in Radomsko, Poland (1881). In the aftermath of World War II the factories were nationalised by the socialist governments. Radomsko later chanced his name to Fameg and still exists.